Google Summer of Code 2020 with Oppia 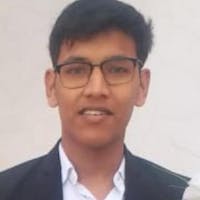 Oppia is a platform that enables anyone to learn and teach anything they want in an effective and enjoyable way.

Oppia was initially written in AngularJs (1.X) but as Angular was released, it was decided to migrate the application to Angular. Also, as Angular uses TypeScript instead of JavaScript all the content of JavaScript files was copied as it is. But as the main feature of TypeScript is static typing. A part of my project was to ensure type safety in the ts files with writing relevant unit tests and adding CI checks to ensure that this convention is followed in the future.

The other part of my project was related to webpack. In particular, the goal was to make the webpack build faster and moving some libraries currently imported using script imports to webpack

In particular, the work done in milestone 1 was

This also involved writing lint checks to ensure that the third party libs have type definitions and when a contributor upgrades the version of a library, they would also have to update the types if relevant.

The convention that was decided for naming i.e. camelCase and snake_case was the following two things

So, in this milestone I covered the first part and also writing a lint check for ensuring that this convention is not broken.

The work done in milestone 2 was

Also, as the types would be in place I added the checks ensuring that any type is not used anymore.

I wrote a guide on defining types and published it in Oppia wiki. You can read it here.

The work done in this milestone is

The main changes in webpack config for getting more speed were introducing cache-loader and use faster devtools in webpack. Also, I introduced a flag in the scripts so that developers would be still able to build using source-maps in webpack. The compilation time in production was reduced from around 600s to around 300s in Travis CI (production build). Also the compilation time for development build is less than 30s. Due to cache-loader consecutive builds in both production and development evironment now take around 20s only.

Also we thought that it would be nice to enable strict type checks in the TypeScript config. But the problem was the huge number of errors due to that. So, we decided to implement this rule gradually file by file. I set up that strict config and we plan to make this a good first issue.

There was documentation on webpack already. I extended it to explain how our webpack config works. You can read it here.

This was an awesome learning experience working with Oppia this summer. Special thanks to Vojtěch Jelínek who was my mentor for helping me whenever I faced any problem in completing this project. I would also like to thank Oppia for giving me this opportunity.

I would also like to acknowledge the help from other members of the community, who were always available whenever needed, just a small chat away. I strongly intend to continue contributing to Oppia.

Also, thanks to Google for this amazing program.